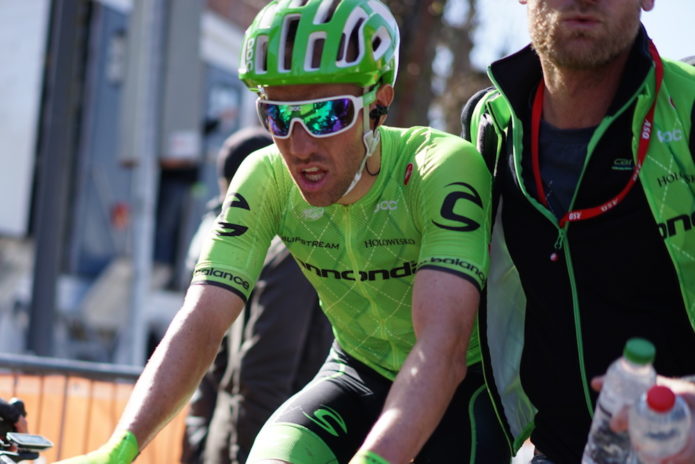 “Woodsy,” said my coach Ron Warhurst looking at me straight in the eyes, “Excuses are like assholes, everybody’s got one.” Ron was my running coach at the University of Michigan. Ron may not have been the most scientific coach, but what he lacked in fundamental knowledge concerning exercise physiology he certainly made up for in life lessons. I mean anybody who walked point in the Vietnam war for months on end and survived, anybody who has been shot and earned two purple hearts, anybody who has struggled with and overcame alcoholism, and led and tutored men at an institution for 35 years is going to have an interesting perspective on life. Ron did all of these things, and so his little sayings to this day have had a profound impact on me as a person.

Ron said this line to me once after I had a bad race and I was searching for every excuse to make up for my failure. “I was feeling tired, I didn’t sleep right, I wasn’t tapered,” etc. I was searching for an excuse when the real answer, no matter the circumstances, was that the guys that finished in front of me were just better. Every guy in that race likely could have referenced an excuse that inhibited their performance if they really wanted, but when it came down to brass tacks I was worse than those in front of me that day. It was a good lesson, and something I was reminded of last week in the Wallonnie region of the frites-and-mayonnaise-munching nation that is Belgium.

One of the big reasons why I signed with Cannondale Pro Cycling team this year was the fact that Jonathan Vaughters, and the team, believed in my abilities. When I signed, as crazy as it sounded at the time, La Flèche Wallonne, one of the storied classics on the World Tour calendar, was going to be a race where I would be a team leader. Fleche has always been a race that I thought would be good for me, but even when this race was slated on my calendar it felt like a long ways off.

In cycling, things change faster than Sean Combs’ stage names. To think in November about a race in late April would be silly, as almost nothing goes to plan. Last year by April, I had been sick twice, broken a rib, and my plans and goals had shifted. The same was the case in the years previous, so I didn’t put much credence or much pressure on myself when thinking about that fact that I could be leading a World Tour team at my first Belgium classic. However, when I found myself waking up on the morning of Wednesday, April 20, I was damn nervous. Everything up until that race had gone exactly to plan. I hit my goals in Tour Down Under, I got used to the World Tour Euro racing scene, and not only survived but influenced the races at two of the hardest events on its calendar; Catalunya and Pais Vasco. My teammates Alex Howes and Simon Clarke recognized this.

During our pre-race meeting when Howes was asked about our team plan he said, “Well, I would like to see how the rook could go at the finish.” Howes, a guy who has been a pro since I was still a runner, and can do a better impression of a Canadian accent than me, is a rider whose opinion and perspective I respect. Howes has been around long enough to know what it takes to cut it at these races, and to hear him say that in the team meeting meant a lot.

Our road captain Simon Clarke would later echo this sentiment and divide the team up into two units, with Toms Skujins and himself taking care of me, while Alex and Nate Brown would protect our other team leader Tom-Jelte Slagter, leaving Lawson Craddock, who was on good form after Pais Vasco to freelance between the two teams and Ben King to cover the early moves.

The plan was a good one, and throughout the day Toms ushered me around the peloton like he was Kevin Costner and I was his Whitney Houston. When we got into the closing kilometres, though, I found myself too far back in the peloton, but Lawson Craddock came back to me, and yelled “Woods, you gotta want it!” He then told me to get on his wheel and proceeded to rocket down a descent with me in his draft. Craddock’s pump-up speech, and descent, would give me the boost necessary to link up with Clarke as we made our way to the 1.2km, 10 per cent definitive incline of the Mur de Huy.

Racing at a Belgium classic though is almost as dangerous as playing Russian roulette in an underground Vietnamese betting ring. The risks you have to take to hold and move up within the peloton are stupid. After descending from the Cote de Cherave, Clarke and I linked up and he pushed his way to the front thinking I was on his wheel, but, no matter the excuse, when it came down to it I didn’t have the balls or the willpower to follow. Had I stayed on Clarke’s wheel I would have had the perfect run in to the Mur but instead I sat in about position 35 as we began the ascent. I gave myself the excuse.

I had great legs, and I smashed the final climb, but my efforts, in spite of my teammates’, only gave me a 12th on the day. Starting the climb that far back, and then passing a bunch of dudes at the end was a cop-out. In doing this I could—along with others—say after the race: “well if I was positioned better I could have beaten this guy,” or “If I started in the front I could have finished top whatever,” but I didn’t do that. Excuses are like…

The guys who finished in front of me were just better bike riders on the day. They had the guts to put themselves in a position to win, and didn’t give themselves the opportunity for an excuse if they didn’t get that win. I did, and that pissed me off.

Fortunately, in bike racing you don’t have much time to dwell on your failings, as opportunity for redemption is often only days away. Mine would come three days later in the form of La Doyenne, AKA Liège-Bastogne-Liège.